Showing posts from September, 2014
Show all

Regarding The “New” View 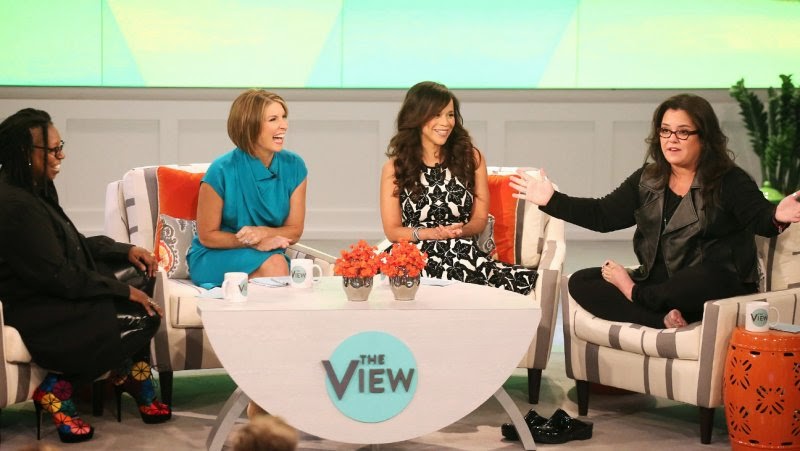 Today marks a week since the new and retooled version of The View started and I have a few things to say about it. This is an especially important moment for the long-standing program because it’s the first season without its creator at the helm, Barbara Walters. While her send off last season was tearful and rightfully grandiose, she left big heels to fill. After all, who can replace BabaWaba? The short answer is: no one. And thankfully no one at The “New” View is trying to. The cast of characters this year is diminished to four, but that’s about as diminished as these ladies get. The incomparable Whoopi Goldberg returns to the show as its moderator and resident pragmatic voice. Seated to her left is perhaps the least known of the bunch, Nicolle Wallace. More on Ms. Wallace in a minute. Actress Rosie Perez is the first Latina panelist on the show and quite the firecracker. (I’m Hispanic too; I can call her a firecracker if I want to!) And finally, Rosie O’Donnell returns
Post a Comment
Read more 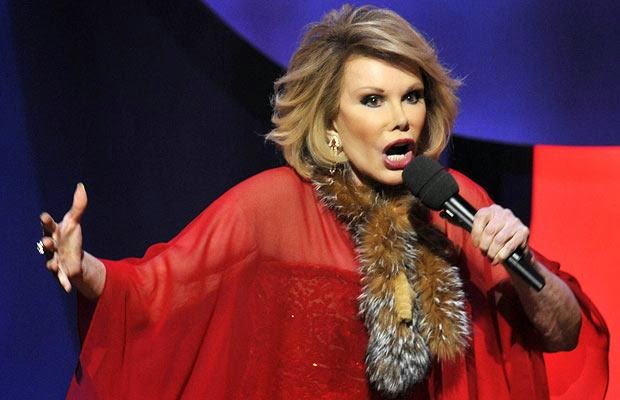 Joan Rivers died today and I’m not entirely sure how we’re all still going. I mean, it feel s like we all just had a collective stroke. She was a mean, funny, and truthful voice in a world where those traits rarely intersect. I had the great big pleasure of being insulted by her in 2009 and I ’ ve never forgotten it. In truth, the best tribute that I can give this Queen of Comedy can only come from her own lips: Can we talk...
Post a Comment
Read more
More posts